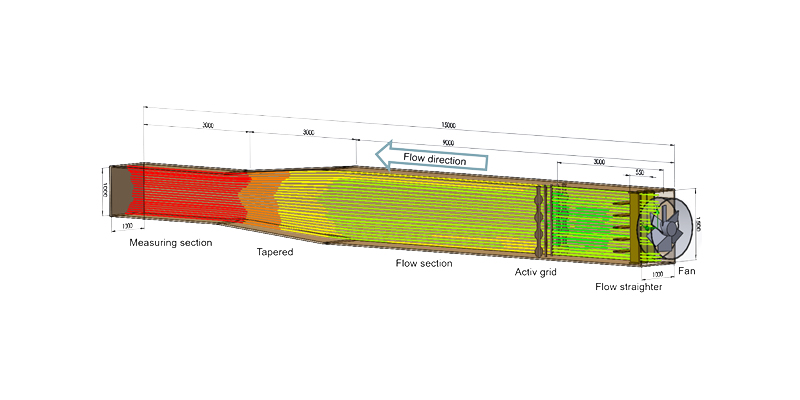 Overgrown rope façades offer a space-saving possibility to make cities greener while counteracting the effect of the urban heat island (UHI). Unfortunately, there are no design models that adequately characterise the interaction between wind and plants for the calculation of wind loads. In the preceding study about overgrown rope façades (Arnold et al., 2021), a design model was deduced from flow force studies on trees and a drag coefficient for plants on overgrown rope façades was derived from drag resistance measurements of deciduous trees. This drag coefficient has not been validated. In this study, wind load tests in a turbulent wind tunnel were performed on five climbing plants to validate the drag coefficient. For this purpose, a prototype of a turbulent wind tunnel with an active grid that simulates gusts for a chaotic turbulent flow was built and various overgrown rope samples were measured. Based on the measured data, the 95% characteristic value of the drag coefficients was calculated using a statistical method. These drag coefficients can be applied to buildings at different speeds by means of E-values and B-values, thus allowing the design optimisation of plant climbing systems. This work does not deal with the interaction between the façade surface and overgrown rope plant in front of the façade, which requires further research.