JFDE understands authorship/contributorship as substantial participation in the conceptualisation/methodological development/writing/editing of articles and the research/design content that the article disseminates. All those who significantly contributed to the research/design and the conceptualisation/methodological development/writing/editing should be listed as authors/contributors. Individual members of larger research teams, cannot publish the research or the outcomes of this research under single/sole authorship, omitting research members who have contributed to the body of work. A PhD supervisor cannot claim co-authorship solely based on a supervision role.

Complaints and appeals should be directed to JFDE’s editor-in-chief, by email. The editor-in-chief will address each complaint/appeal case-by-case, making a concerted attempt to find suitable solutions. Complex cases will be referred to the advice of the editorial board. If needed further reference will be made to similar cases published by the Committee on Publication Ethics (COPE). The final decision rests with the editor-in-chief. Written justifications, and reasoning that underpin the decision, will be released to authors in a timely manner.

JFDE follows protocols to avert potential conflict of interests. Regardless of the blind review process, the protocols avoid assigning reviewers from the same institution to the reviews of research/design work of authors. This includes verifying the co-publishing relationships between reviewers and research/design authors.

Authors are required to disclose commercial, financial, political and any other relationships that had a bearing on the development of the research/design, including possible influences on the research/design conclusions, under the acknowledgements section of each submission.

The editor-in-chief may, at any time during, or after the editorial process, reject or remove the contributions based on the omission of such disclosures.

JFDE avoids publishing xenophobic, sexist, homophobic or intolerant content. The editor-in-chief may ask author(s) to demonstrate research compliance within ethical guidelines and codes of conduct - in line with institutional, academic or professional association(s). In parallel, the editor-in-chief reserves the right to compare ethical disputes with previous COPE case studies, in the mediation to seek viable solution to ethical concerns.

Plagiarism under the JFDE protocols, or the use of content without citation/acknowledgements of original sources, will not be permitted. This includes both the presentation of research outcomes (including its presentation in the original written form), as well as ideas produced by others claimed as intellectual property by authors themselves.

Authors retain ownership of their content under the JFDE policies. JFDE does not require a transfer of intellectual property as a precondition for publication. Authors are free to publish pre- and postprint versions of their contributions without restriction, upon completion of the blind peer-review process.

Readers can submit a 'letter to the editor' in response to a published contribution in JFDE. Post-publication discussions may lead to corrections, revisions or even retractions. Such amendments are at the discretion of the editor-in-chief, based on evidence and set protocols.

Adjustment to articles after publication will use ‘versioning’; the publishing of corrections or retractions as updated versions of articles. Versioning allows for comparative readership between old and new versions, and further insight into the discussion or revision process. 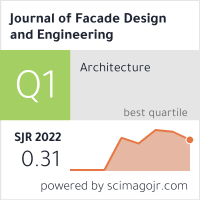