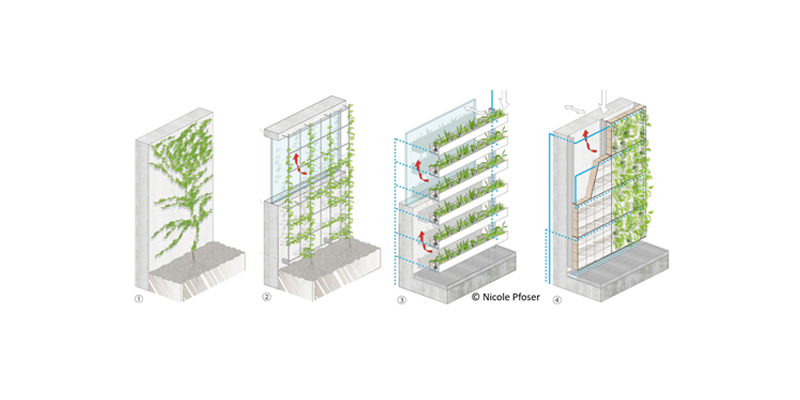 Drag Coefficient Suggestion for Climbing Plants Based on Study Review

Modern cities face a climatic problem due to the high proportion of sealed surfaces that increase the urban heat island (UHI) effect. Green surfaces offer a way to mitigate the UHI effect, as they positively influence the thermal energy storage and air temperature. To support an increase of green surfaces in the limited resources of cities, vertical spaces, e.g. façades, must be exploited. A possible realisation of a vertical green system are overgrown rope façades. Overgrown rope façades have pre-fitted ropes in front of façades on which climbing plants can grow. However, such systems have to deal with dynamic wind forces, which pose static challenges to the climbing system. In order to design such systems for the effective wind forces, so-called drag coefficients of the climbing plants must be known. Unfortunately, there are no guidelines or known values that provide such specific drag coefficients for climbing plants. In this study, based on a study review of relevant data for drag coefficients on deciduous and coniferous trees and leaves, findings are made comparable by applying the power function. Six critical factors to be considered are identified and a drag coefficient for climbing plants is derived from the investigations on deciduous trees. Their transferability to overgrown rope façades is analysed and discussed.